How does it work?

Everyone MUST Have this product at home!

Silybum marianum has other common names include cardus marianus, milk thistle, blessed milk thistle, Marian thistle, Mary thistle, Saint Mary’s thistle, Mediterranean milk thistle, variegated thistle and Scotch thistle. This species is an annual or biennial plant of the Asteraceae family. This fairly typical thistle has red to purple flowers and shiny pale green leaves with white veins. Originally a native of Southern Europe through to Asia, it is now found throughout the world. Milk thistle oil is a rich source of antioxidants and flavonolignans (silymarin), which makes it an excellent and natural cure for various illnesses.

It is mainly known for its beneficial effects on the liver. It supports its regeneration and creates a natural barrier against such poisons as alcohol, medicine, pesticides or heavy metals. It promotes the production of bile and prevents the creation of gallstones. It is recommended for viral hepatitis, different kinds of addiction and it supports healthy liver function in alcoholism. It also prevents bladder problems.

When applied externally, it helps:

It has a slightly bitter nutty flavour and yellow-brown colour. Sold in dark glass bottles.

It’s a great addition to salads and other cold dishes. It’s definitely worth to have this healthy oil in your kitchen. For the therapeutic effect eat a teaspoon of oil three times a day before meals. Prophylactically, eat one teaspoon a day. 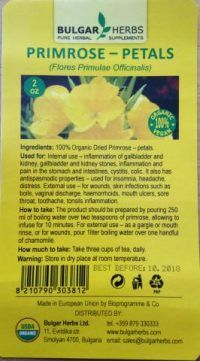