Are there any undesired or side effects?

Biobran MGN-3 is an extract of arabinoxylan from rice bran that has been enzymatically modified to increase its effect on the immune system [1]. It was originally manufactured by Daiwa Pharmaceuticals (Tokyo, Japan) and marketed in the United States by Lane Labs-USA of Allendale, New Jersey under the brand name MGN-3 Immune Enhancing Complex. In 2000, Lane’s Web site described MGN-3 as “revolutionary” and said it “could be the magic bullet!” and was “the only natural immune complex proven to triple Natural Killer (NK) cell protection.” [2] The product was developed by Mamdooh H. Ghoneum, Ph.D., an immunologist at Charles Drew University of Medicine and Science, Los Angeles, who does cancer immunology research and has been studying rice bran’s effects for many years [3]. In 1996, with Ghoneum listed as its co-inventor, Daiwa patented the production process [4]. In an interview posted on the Lane Web site in 2000, Ghoneum claimed that “MGN-3 will boost natural killer cell activity to destroy any remaining abnormal cells after surgery or adjuvant treatments.” and “with the exception of very terminal cases, all of the other patients have shown dramatic results.” [5]

Ghoneum has reported that administering arabinoxylan to mice and to cancer patients has led to increases in natural killer (NK) cells, a type of white blood cell that can destroy certain types of cancer cells in the laboratory [6-9]. He has also reported that some patients who took MGN-3 after receiving standard treatment showed increased NK activity, remained cancer-free, or lived longer than their doctors predicted [1,3]. However, these studies lacked controls and did not examine whether patients who receive MGN-3 would do better than similar patients who do not.

The key question in evaluating a proposed anti-cancer product is not whether it affects blood levels of various cells but whether it can influence tumor growth and survival time. Only well-designed clinical trials can determine that—and no such study has been published. Arabinoxylan is a complex sugar (polysaccharide). It has been known for many years that various large polysaccharide molecules can stimulate immune responses in mice. However, it has not been demonstrated that NK cells destroy cancer cells in humans.

Without clear-cut evidence of human benefit, it is illegal to market MGN-3 as an anti-cancer product. Under federal law, products intended for the prevention, mitigation, or treatment of disease are considered drugs, and drugs cannot be legally marketed without FDA approval. Lane Labs claimed it was merely marketing it as a “dietary supplement.” However, the statements it made constituted drug claims as defined by federal law.

In December 1999, a lawsuit initiated by the FDA was filed against Lane Labs and its president, Andrew J. Lane. An FDA Talk Paper announcing the suit stated that, despite warnings that began in 1997, Lane and his company had continued to promote the products as remedies for cancer and other diseases through books, articles, Internet websites, and employee statements [10]. The FDA’s September 1997 warning letter had stated that based on claims and their intended uses, the three products were unapproved drugs and misbranded [11]. Lane sold MGN-3 for $53.96 per bottle of 50, which would make the cost about $13 per day for the first two weeks and about $4 per day after that.

In March 2001, the Mississippi Attorney General issued a cease-and-desist order to stop Dallas Dupre, of Picayune, Mississippi, from distributing MGN-3 with claims that it could cure cancer in any part of the body. According to a local newspaper report, Dupre had distributed flyers claiming that “If your immune system weakens and you get cancer the first thing to do . . . is to beef up your immune system. Fortunately, MGN-3 does that more powerfully than any substance known to man and it acts within hours turning hard tumors into a harmless jelly-like blob and shrinking them . . . . It costs less than $3,000 to cure breast cancer and no side effect.” [12]

In July 2004, a New Jersey Federal Court Judge ordered Lane Labs and Andrew Lane to stop selling MGN-3, shark cartilage, and SkinAnswer (a skin cream, claimed to be effective against skin cancer). The judge ordered all inventory of these products destroyed except for a quantity of shark cartilage that might be needed for research purposes. The court also ordered the defendants to make restitution to anyone who had purchased the products since Sept. 22, 1999. The judge noted that Home “worked closely with Lane Labs” and that the company had used his writings for marketing purposes and had agreed to pay him a 9.5% royalty plus an 8.5% research allocation on all MGN-3 purchases that the company made from Daiwa Pharmaceuticals [13].

A few months after the court action terminated, Lane began marketing another arabinoxylan product called Noxylane 4. Today, however, the most widely marketed brand of MGN-3 product appears to be Daiwa’s “BioBran”, which is marketed as a dietary supplement that can increase immune function.

Ghoneum currently asserts that MGN-3 exerts anti-cancer activity by (a) increasing “natural killer cell” activity, (b) programming cell death (apoptosis), and (c) exerting an antioxidant effect. On June 22, 2008, I did a Medline search for “Ghoneum M” and found 48 articles written or co-authored by him. Most described effects on tissue cultures, mice, or other laboratory animals. Not one involved a test on humans. The BioBran MGN-3 Information and Research Center Web site lists additional reports, including some human case reports presented at professional meetings, but the treated patients were not compared to untreated ones and some received standard treatment at the same time as MGN-3. Reports of this type are not evidence of effectiveness.

The only report of a properly designed human trial I could locate was published in 2006 by British researchers who concluded that BioBran did not show effectiveness against chronic fatigue syndrome. The study involved 64 patients who received either BioBran or a placebo. Both groups improved to a similar extent, which meant that BioBran showed no specific therapeutic effect [14]. This report, one of the few journal reports not written or co-authored by Ghoneum, highlights the fact that proper evaluation of alleged therapeutic interventions usually requires comparison with a control group.

It remains to be seen whether MGN-3 has any practical value. It is certainly not revolutionary or a magic bullet. The fact that it has been used in patients for at least 12 years without published evidence of benefit in humans is a good reason to remain skeptical! 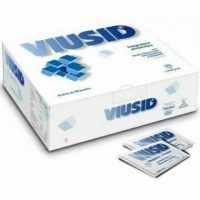 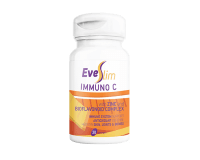 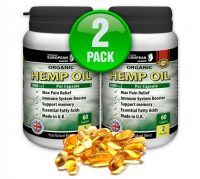